China Is Now Working On a Deadly Kamikaze Drone Army 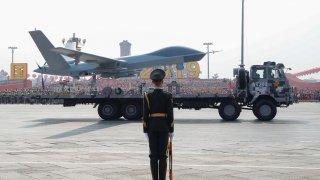 Here's What You Need To Remember: U.S. ally Israel first taught China about suicide drones. Now Beijing is looking for its own.