China Should Thank Russia For Its South Korean THAAD Woes 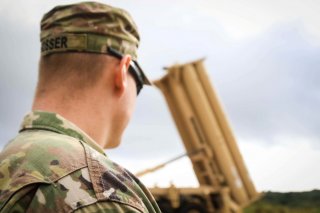 Here's What You Need To Remember: Currently, the United States operates THAAD both in the continental United States and abroad. The U.S. Army operates six batteries, including a battery on the island of Guam and a detachment currently being set up in South Korea, to counter North Korea’s growing missile capabilities. The United Arab Emirates also has a THAAD battery, deployed to defend its territory from regional missile threats.