China is Spending Big on South China Sea Island Bases. Is it Worth It? 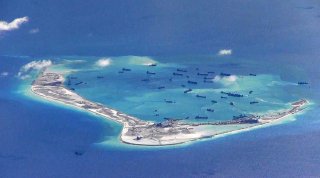 Here's What You Need To Remember: The trouble with islands is that they can't get out of the way of bombs and missiles. Within hours of a shooting war between China and America, all of its Spratly fortifications would be targeted by overwhelming American sea- and airpower.