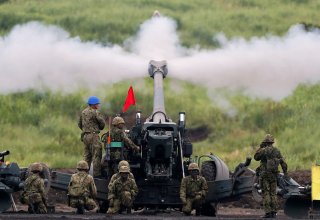 Here's What You Need to Remember: Japan shocked the world with a lightning campaign that not only reduced the faltering Qing dynasty to its knees in a matter of months.

Even as Western strategists spill gobs of ink recalling the Great War that convulsed Europe a century ago, Chinese military thinkers are actually fixated on another anniversary.  120 years ago, Japan shocked the world with a lightning campaign that not only reduced the faltering Qing dynasty to its knees in a matter of months, but more to the point: put the pride of China’s then ascendant fleet on the bottom of the Yellow Sea.

Lyle J. Goldstein is Research Professor in the China Maritime Studies Institute (CMSI) at the United States Naval War College in Newport, RI. In addition to Chinese, he also speaks Russian and he is also an affiliate of the new Russia Maritime Studies Institute (RMSI) at Naval War College.  You can reach him at  [email protected]. The opinions in his columns are entirely his own and do not reflect the official assessments of the U.S. Navy or any other agency of the U.S. government. This article is being republished due to reader interest.