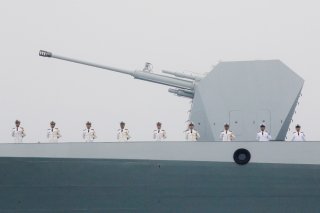 Here's What You Need to Remember: Whether or not we accept Gu’s interpretations of history and his not-so-subtle critiques of current diplomacy on both sides of the Pacific, we can all at least agree that it is profoundly positive that scholars at China’s most prestigious universities are poring over this history in painstaking detail to gain insights into how and why great powers can unwittingly blunder into catastrophic wars.

Lyle J. Goldstein is Associate Professor in the China Maritime Studies Institute (CMSI) at the U.S. Naval War College in Newport, Rhode Island. The opinions expressed in this analysis are his own and do not represent the official assessments of the U.S. Navy or any other agency of the U.S. Government. This article first appeared several years ago and is being republished due to reader interest.