China Wouldn't Stand a Chance Against These 5 Russian Weapons 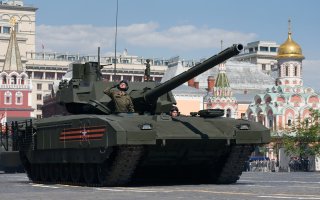 Here's What You Need to Know: Russia would exploit its advantages with these weapons.

In our last article, we discussed the possibility of Russia and China going to war. Relations between the two are currently fairly good, and war between the two countries is seemingly unlikely. That being said, the two have had their share of territorial disputes, and at this point, it is probably not a good idea to consider any dispute with China dormant.

Both Russia and China would have their own advantages and disadvantages in a war. The Russian military has gone to war numerous times in the last twenty years, in Chechnya, Georgia, and now Ukraine. Russian forces, although often ill-trained and ill-prepared, are resilient and capable. Russia also holds a technological edge over China—for now, anyway.

China’s main advantage would be that the bulk of the People’s Liberation Army would be relatively close to the theater of operations. The PLA is also larger than the Russian military with fewer distractions—such as NATO or the restive Caucasus—that require an armed presence.

On the other hand, Chinese forces have been unblooded in war since 1979. The PLA’s grasp of the new warfare invoked by the Revolution in Military Affairs is notional and academic at best. And, despite the growing ranges of Chinese weapons, European Russia would be largely out of reach of the PLA.

The four-engine, swing-wing Blackjack is Russia’s most capable bomber, able to operate at night and adverse weather conditions carrying a large internal payload of laser-guided bombs or cruise missiles. The Blackjack can carry 22 tons of ordnance in two weapons bays.