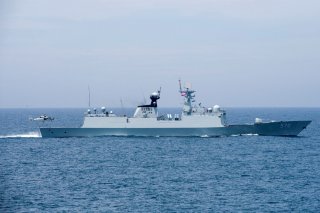 Here's What You Need to Remember: A U.S. access-denial strategy, then, would impose a hard fate on China. Which is the point. Threatening fearful consequences could deter Beijing from aggression tomorrow morning, and the next. If Xi Jinping & Co. wake up and choose forbearance enough days in a row, who knows? China, Asia, and the world could learn to coexist over time.

The Pentagon released two appraisals of China in swift succession. The first, issued by the Defense Intelligence Agency (DIA), goes by the title China Military Power and is patterned on the old-school Soviet Military Power tomes beloved by those of us of a vintage to have battled godless communism during the 1980s.