China's Air Force Modernization Is Laggging Behind Other Branches 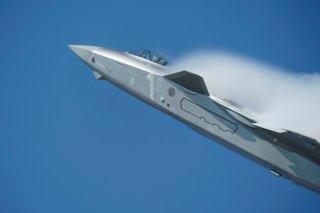 Here's What You Need to Remember: These aircraft would struggle against modern fourth-generation fighters that can detect and engage adversaries at much greater ranges, though hypothetically mass formations could attempt to overwhelm defenders with swarm attacks. Still, the J-7s allow China to maintain a larger force of trained pilots and support personnel until new designs come into service.