China's First Aircraft Carrier Was Really Going to Be a Casino? 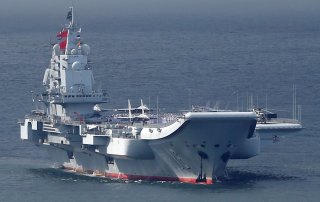 Here's What You Need To Remember: The Varyag (now Liaoning) undoubtedly accelerated the Chinese program, and clearly structured how that program has developed over time.

A Chinese businessman (with covert support from the PLA) purchased the ship for $30 million, ostensibly for use as a floating casino. Hijinks ensued as the ship slowly made its way to China, a process that lasted almost two years. Finally, in 2002, the Varyag arrived at Dalian shipyard.  Even then, it seemed that Varyag would simply serve as a basis for future Chinese designs, and not as an active carrier. But after nearly a decade of refit and reconstruction, Varyag re-emerged as Liaoning, a fully capable ski-jump aircraft carrier that was, by most accounts, more reliable and more capable than her Russian half-sister, Admiral Kuznetsov.

his piece was originally published in November 2018 and is being republished due to reader interest.