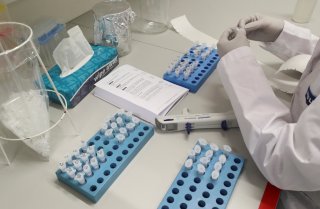 Attention on the Chinese government’s recruitment of overseas scientists reached a crescendo when renowned Harvard nanotechnology expert Charles Lieber was arrested and charged with hiding his participation in China’s Thousand Talents Plan in January.

As ASPI’s new report, Hunting the phoenix: The Chinese Communist Party’s search for technology and talent, explains, he is likely only one among more than 60,000 scientists recruited through over 200 talent recruitment programs run by the Chinese government in an effort to gain technology and talent from abroad since 2008.

The scale of these recruitment activities appears to be immense, as are the security risks for targeted countries. For example, uncontrolled technology transfers to China could end up in weapon programs and enable human rights abuses. The economic costs are also high, as valuable intellectual property bleeds out of taxpayer-funded universities and into China, potentially costing revenue and jobs. Yet countries and institutions outside of the United States are only now beginning to forge responses to this problem.

But rather than focusing on the individuals who have joined talent-recruitment programs, Hunting the phoenix describes their structure and recruitment mechanisms, which until now have been poorly understood. These programs are much broader than the Thousand Talents Plan. For example, more than 80% of talent-recruitment programs are run at the subnational level and may attract as many as seven times more scientists than the national programs.

One of its key findings is that the Chinese government has established more than 600 ‘talent-recruitment stations’ around the world. These stations are essentially contractual arrangements between parts of the Chinese government and overseas organisations and companies. The overseas organisations receive up to A$30,000 for general operating costs each year, and large bonuses for each individual they recruit. And numbers are growing. The report identifies 146 in the United States, 57 each in Germany and Australia, and more than 40 each in the UK, Canada, Japan and France.

All countries seek to attract talent from abroad, but there are important and concerning features of how the Chinese state does so. The recruitment programs aim to make deals with individual researchers rather than institutions, which makes it easier for partnerships to fly under the radar. The programs also allow researchers to keep their original job while taking up a second job in China, which can contravene the employment and IP regulations of target universities unless properly managed. Taken together with the quick path China can offer to commercialising research, the incentives for academics are clear.

It’s important to note that many who join the Chinese government’s talent recruitment programs don’t break any rules. They sign a contract to work at a university in China, leave their job and move to China. The flow of talent between countries is a normal feature of the international research community.

However, cases like that of Charles Lieber and others analysed in the report, highlight how some recruits are attempting juggle their original job with multiple positions in China.

Large numbers of recruits may be failing to accurately disclose conflicts of interest and external employment, raising concerns about potential foreign interference and misuse of public funds. In the United States, 54 scientists have lost their jobs after the National Institutes of Health raised concerns about potential failure to disclose foreign funding. China was the source of funding in nearly all cases. An investigation by Texas A&M University found more than 100 of their staff or visiting scholars were linked to Chinese government recruitment programs and only five had disclosed those ties. More than 20 scientists have been charged by the US government for crimes related to talent-recruitment activity, including visa fraud, grant fraud and economic espionage. Entrepreneurship is also an important component of China’s talent-recruitment efforts, and some participants seek to commercialise research in China without disclosing it.

Hunting the phoenix shows misconduct and hidden technology transfers are a feature of Chinese government recruitment efforts, rather than a problem it’s trying to stamp out. Chinese government agencies that oversee talent recruitment, such as the State Administration of Foreign Experts Affairs, have themselves been implicated in espionage. The recruitment programs incentivise and enable economic espionage. In one case, Chinese intelligence officers used a Thousand Talents Plan scholar to steal aviation technology from the United States.

The Chinese government has failed to acknowledge the concerning activities associated with its talent programs. In fact, its recruitment programs have only become more secretive and covert in recent years.

The Chinese government’s talent-recruitment efforts are global, raising similar concerns in all developed nations. It’s likely that thousands of scientists and engineers have been recruited from the UK, Germany, Singapore, Canada, Japan, France and Australia since 2008. The lack of public prosecutions or misconduct cases linked to talent-recruitment activity in those countries is likely due to the early stage of their awareness of the implications of these recruitment programs.

The good news is that the host-country risks for China’s recruitment programs can often be addressed by better enforcement of existing regulations, backed up by stronger analytical capabilities. Much of the misconduct associated with talent-recruitment programs that has been uncovered to date breaches existing laws, contracts and institutional policies.

But the fact that it still occurs at high levels points to a failure of compliance and enforcement mechanisms across research institutions and relevant government agencies. Governments and research institutions must work together to build both awareness of CCP talent-recruitment work and the capabilities to investigate and respond to it.

The report recommends measures such as increasing resourcing to agencies responsible for compliance and enforcement, integrating public disclosure requirements for foreign funding into all research grant and funding processes, and setting up national research integrity offices to link the efforts of the government and tertiary sectors.

This kind of institutional transparency building is critical to disrupting uncontrolled technology transfers to China and to helping science and technology researchers understand the national-security risks that can lie beneath the surface of China’s talent-recruitment programs.