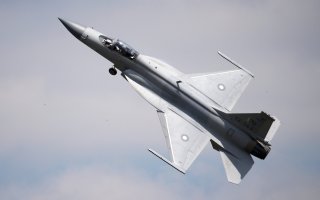 Here's What You Need to Know: Although the JF-17 is of Chinese design, it still uses a Russian engine.