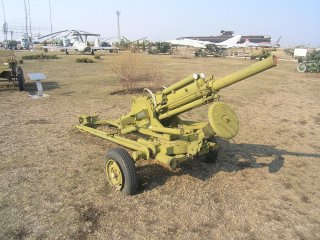 Here's What You Need To Remember: The People's Liberation Army licensed the Russian Vasilek rapid-fire mortar and made significant upgrades. The new weapon, now classified as an SM-4 mortar, could be extremely dangerous to U.S. troops if it fell into the wrong hands.

One of the hallmarks of Soviet (now Russian) artillery doctrine was a focus on rapid, devastating fire. The Soviets noticed that the effectiveness of a barrage quickly wore off after time as the targets took cover, so significant effort was spent maximizing the initial volume of fire. To facilitate this, the doctrine called for heavy use of rocket artillery such as the BM-21 Grad, which has an extremely rapid rate of fire by design. Additionally, self-propelled guns such as the 2S19 Msta-S were designed with autoloaders that could load rounds faster than humans. However, one of the most interesting applications of this concept is the fully automatic 2B9M Vasilek eighty-two-millimeter mortar, together with its Chinese derivatives. These systems can pump out eighty-two-millimeter mortar rounds at rates of fire of around a hundred rounds per minute, with a full crew and ready ammo. This is nearly triple the maximum rate of fire of manually loaded mortars, including the U.S. Army’s current M252 mortar. But how did the Soviets first develop these mortars? And have they been modernized to be as precise as NATO mortar systems?

The first Soviet experiments with automatic mortars occurred in 1946. The concept was further developed into the KAM casemate mortar in 1955. The KAM was then updated to become a mobile field gun: the F-82 automatic mortar. However, the F-82 did not enter serial production, as it was not adopted. However, interest in automatic mortars resurged in 1967, and the F-82 was used as a basis to developed the 2B9 Vasilek mortar., which entered service in 1970. The original 2B9 mortar could fire at a cyclic rate of three hundred rounds per minute in automatic mode. It also has a semiautomatic setting. To deal with all the heat generated by such a blistering rate of fire, the barrel was kept cool by a water jacket. Its ammo was standard eighty-two-millimeter mortar rounds fed into the mortar by means of four-round cassettes. Multiple buffers absorbed the recoil, and the whole device was mounted on a two-wheeled chassis as a field gun. The maximum range is 4.25 kilometers. A HEAT shell for the 2B9 Vasilek was also developed for direct fire use, allowing it to act as an antitank gun in a pinch. Later on, in 1983, the 2B9 Vasilek was developed into the current 2B9M Vasilek, which lowered the cyclic rate of fire to 100–120 rounds per minute, and replaced the water-cooled barrel for an air-cooled one.

The Vasilek saw significant use in the Soviet intervention in Afghanistan, proving popular with its users. One common field modification involved mounting a Vasiilek on an MT-LB armored personnel carrier, as a kind of ersatz self-propelled gun. The Vasilek also been seen in the Syrian Civil War, and is used by both sides in the conflict in Ukraine. Notably, separatist fighters have mounted a Vasilek inside a dump truck, using it as an assault gun to rapidly spray high explosive at Ukrainian positions. The rapid-fire nature of the Vasilek could pose a significant threat to U.S. forces if they are supplied to America’s adversaries. A Vasilek would be able to overwhelm or rapidly burn through the ammo reserves of the current Counter-Rocket, Artillery, and Mortar (CRAM) systems used to protect U.S. bases in Iraq. While a single gun would quickly be silenced by counterbattery fire, it could potentially do a lot of damage during the short period of time in which it fires. Using of the Vasilek as an assault gun also poses a far more lethal threat than other types of direct-fire high-explosive weapons, as the initial barrage would be far more deadly.

To compound these worries, China has also continued development of the Vasilek, making it even more powerful. In the 1990s, Russia sold China the license to produce the Vasilek automatic mortar. Now, there are more Chinese clones of the Vasilek than the original Soviet production run. At first, China produced simple clones of the Vasilek, under the designation W99. These mortars are seen arming mountain brigades around Tibet. However, China developed the W99 into what is called the SM-4 mortar (also known as PCP-001) in the late 2000s. It retains the full-auto fire capability of the W99, but mates it with a far more capable artillery computer and a longer barrel. Ammunition is also improved, leveraging the increased barrel length.

The SM-4 can shoot a 5.7-kilogram projectile out to eight kilometers, compared to the W99/Vasilek which can only shoot a 4.4-kilogram projectile to about four kilometers. The fire-control system is also vastly improved. First-hit chance is increased, and a laser rangefinder is provided for direct-fire missions. Both daytime and low-light optics are present for direct fire. Unlike the Vasilek in Soviet/Russian service, which was primarily operated as a towed gun, the Chinese have integrated the SM-4 into vehicles as the primary platform. They are mounted on a variety of light tactical vehicles, but the Dongfeng EQ-2050 4×4 vehicle (a.k.a. the Chinese Humvee) seems to be the most common. The SM-4 is rumored to be deployed with mountain and airborne units of the People’s Liberation Army.

The additional range and firepower provided by the Chinese upgrades, along with the base mobility provided by the 4×4 vehicle platform, make the SM-4 a force to be reckoned with. As seen in videos of the SM-4 firing, the vehicles do not need to deploy outriggers or jacks before firing the mortar, unlike heavier artillery systems. This allows them to shoot-and-scoot extremely rapidly. It also increases the assault gun potential of this system, especially when paired with the now-integrated LRF and improved FCS.

Given the proliferation of modern Chinese weapons across the battlefields of the world, both new and old automatic mortars are a unique adversarial threat across the globe. While NATO mortars have largely prioritized accuracy over rate of fire (with the exception of a few systems), the success of both Russian and Chinese mortars is something to consider, as sometimes the brute-force solution just seems to work.

Charlie Gao studied political and computer science at Grinnell College and is a frequent commentator on defense and national-security issues. This article first appeared in 2017.