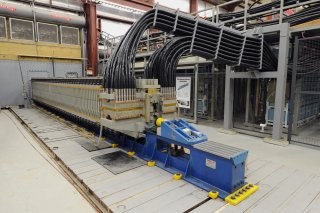 Here's What You Need To Remember: It seems just as likely that China wants railguns because America wants railguns. As we know from the Cold War, keeping up with the Joneses—or the Wangs—can leave both parties with expensive gear they never really needed.

China could have the world’s most powerful naval gun by 2025, according to a U.S. intelligence report in 2018.