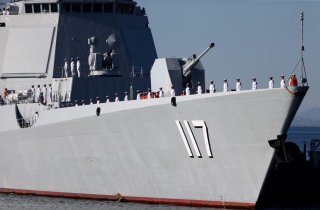 Here's What You Need To Remember: All the more astonishing is the fact that the Type 056 class has only been under construction since 2012, meaning Chinese shipyards have cranked this new generation of corvettes out at a rate of approximately one new ship every one and a half months—more if one counts the six export variants with less powerful weapons exported to Bangladesh and Nigeria. China may ultimately build as many as sixty-four of the corvettes.