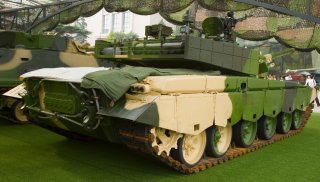 Here's What You Need to Remember: The Type 99’s armor, gun and electronic systems is not certain, particularly as the vehicle has not been exported, whereas both the M1 and T-90 have been used in action by multiple operators