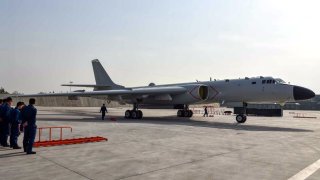 Here's What You Need to Know: But the H-6K could have a big weakness — one that actually has little to do with the bomber itself.

This article first appeared in 2015 and is being republished due to reader interest.