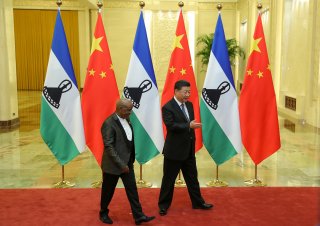 Here's What You Need To Remember: Africa endured colonialism and neo-imperialism for hundreds of years. Just as Africa has freed itself from those bonds, it needs to work with the West and other states to provide alternatives to Chinese money and infrastructure. The greatest threat Africa faces today is Sino-imperialism. It is now in danger of being captured by China’s sinister Sino-imperialism that will keep Africa from entering its renaissance.

Bradley A. Thayer, Ph.D., is the coauthor of How China Sees the World: Han-Centrism and the Balance of Power in International Politics. This article is being republished due to reader interest.