A Chinese Iron Man? Here's What We Know about the PLA's Exoskeleton Suits 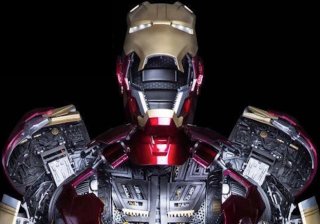 Here's What You Need To Remember: Pictures of the Chinese exoskeleton closely resemble several U.S. systems which have been under development for several years. This is by no means surprising, as the PLA often produces platforms and technologies which bear striking similarities to U.S. systems often just a few years later.