The Chinese Navy Learned From The Australians 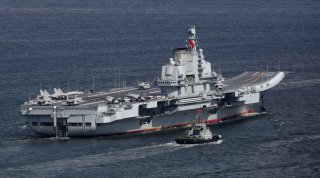 Here's What You Need to Remember: The ship was antiquated by that time, and the Australians had removed all the modern and sensitive technology, but that didn’t stop Chinese engineers from reportedly showing special interest in equipment such as the Melbourne’s catapults, arrestor wires and aircraft lifts/elevators.

This article is being republished for reader interest.