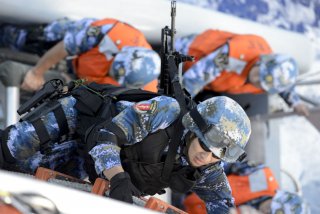 Here's What You Need To Remember: The Chinese special forces units have racked up an impressive series of successes. In 2015, they successfully evacuated Chinese nationals from Yemen, and in 2017, they stormed a freight liner hijacked by Somali pirates in the Gulf of Aden.

Michael Peck is a contributing writer for the National Interest. He can be found on Twitter and Facebook. This article first appeared in September 2018.