Chuck Yeager Versus the Indian Air Force? Here's How Pakistan Fought India and Bangladesh In 1971 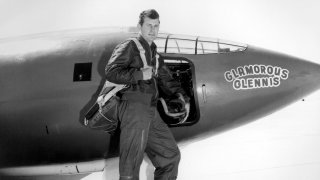 This Is What You Need To Remember: India won on land and at sea, but the battle in the air was a little more even.