From Civil To Proxy War: How Syria Became Iran And Israel's Battlefield 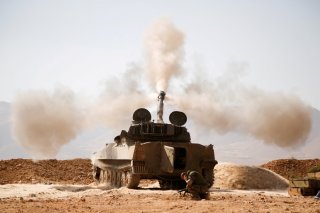 Here's What You Need To Remember: Now that Assad’s hold on power is secure, it’s becoming clear that growing infrastructure of Iranian bases in Syria is likely there to stay—and that Iran intends to use them to funnel drones, artillery, anti-aircraft and anti-tank weapons to Hezbollah to challenge Israeli military dominance. This has elicited an intensifying Israeli bombardment campaign to knock out the buildup, both through preemptive strikes and reactive counterattacks.