Cleared Up: The Zumwalt-Class Are Destroyers, Not Battleships 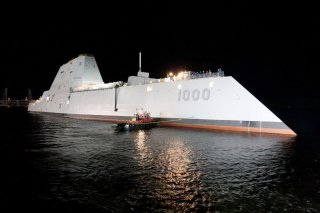 Here’s What You Need to Remember: In short, battleships remained multimission vessels throughout their service lives—even after technological progress relegated them to secondary status. The Zumwalt is one-dimensional by contrast.