Cocaine and Alcohol: A Combination That Could Kill You 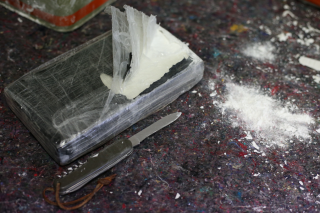 When anyone under the age of 40 is admitted to a hospital emergency department complaining of chest pain, the doctor is likely to ask if the patient has taken cocaine. Cocaine use is a risk factor for heart attacks, but that risk is magnified when combined with alcohol.

According to EU data, around 2.3m young adults (aged 15-34) in Europe used cocaine in the last year. And cocaine use in the UK has been increasing rapidly, with Bristol and London leading the way.

Londoners consume twice the amount of any other European city – roughly 23kg of the class A drug every day. This works out at more than half a million doses of cocaine, with an estimated street value of £2.75m.

What makes this data more striking is that while the cost of a gram of cocaine has historically remained the same, the purity has increased dramatically, from 20% in 2009 to 50% in 2016, with some reports of super-strength (100%) cocaine being sold.

Cocaine has many effects on the body but has several target organs: the brain, heart and liver. Cocaine affects the brain by increasing the amount of a chemical called dopamine in the brain, which causes a person to feel euphoric, have more energy and feel more confident. Cocaine stimulates the reward centre of the brain within seconds to minutes. But the effects are short-lived, lasting between five and 30 minutes, which partly depends on how it is taken. Injecting or smoking cocaine results in a shorter-lasting high (five to ten minutes) than snorting (15 to 30 minutes).

The short-lasting effects cause a user to repeat taking cocaine for the rewarding stimulus, which can result in a person eventually becoming addicted. The consequences of long-term use include an increased risk of stroke, heart attack and depression.

Many people who take cocaine drink alcohol at the same time. This is in part because of the opposing physiological effects of each drug. Cocaine can increase anxiety, whereas alcohol acts as a depressant, which relieves anxiety. The combination can also enhance the euphoric effect, fuelling the brain’s reward system. Despite this, an unknown consequence to many regular or even recreational users is that combining alcohol with cocaine is cardiotoxic.

The liver is the major organ where cocaine is metabolised (broken down). But when cocaine is taken with alcohol, the liver produces a new byproduct called cocaethylene. It is thought that about 20% of the cocaine that is consumed is turned into this new chemical. Cocaethylene also remains in the blood circulation three to five times longer than cocaine.

Cocaethylene has considerably greater potency than cocaine, increasing the heart rate and blood pressure, which can lead to increased risk of stroke, arrhythmia and heart attack. Some studies suggest a 20-fold increased risk of a heart attack when cocaine and alcohol are used together. Alcohol’s toxic products can also directly affect the heart, lowering blood pressure and causing an increase in heart rate. Our group has shown that binge drinking can increase the risk of a heart attack.

As cocaethylene blocks the reabsorption of dopamine in the brain, it produces higher euphoric effects for both cocaine and alcohol, which can create a vicious cycle of taking more of each drug. A person is also more likely to engage in risky and violent behaviour.

Both alcohol and cocaine alone can cause inflammation (hepatitis) to the liver, however, when taken together where cocaethylene is produced, studies have reported greater liver injury.

As cocaine is more readily available in many cities across the world, it is important for users to be fully aware of the short- and long-term health risks of using cocaine and alcohol because the consequences can be fatal.

Vinood Patel is a Reader in Clinical Biochemistry, University of Westminster