This Cold War Bomber Was Built to Last 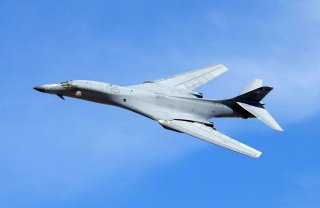 Here's What You Need to Know: The B-1B can now carry up to twenty-four two-thousand-pound Joint Directed Attack Munition satellite-guided bombs at a time, giving it the capability to strike up to twenty-four separate enemy targets with an accuracy of up to forty-five feet with GPS guidance, or a hundred feet relying on the bomber’s internal navigation system.

The intervening years, which had introduced new Soviet weapons including the MiG-25 Foxbat supersonic interceptor and the S-300 surface-to-air missile system (known as the SA-10 “Grumble” to NATO), made it clear that a high-speed dash into Soviet airspace was no longer viable. In order to remain relevant, the B-1A would have to be redesigned into a stealthy, low-altitude penetrator. The B-1A morphed into the B-1B, which included, among other things, an 85 percent reduction in radar cross-section, an increase in defensive avionics and a one-third increase in maximum takeoff weight, to 477,000 pounds. The bomber could travel 7,455 miles unrefueled. As a consequence of abandoning the high-speed mission and embracing stealth, maximum speed fell to Mach 1.25.