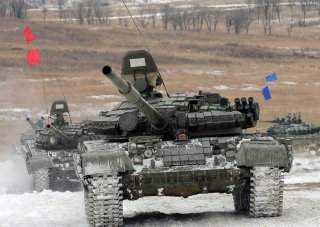 Here's What You Need to Remember: The latest T-72 upgrades, displayed in 2010, is the T-72B3 and B3M. Intended as a cheaper upgrade than the T-72B2, the B3 program refurbishes old T-72Bs with a new engine, better fire control and a more powerful cannon.

There are thousands of T-72s in use around the world. Not surprisingly, the biggest user is still Russia, with about 2,500 in active service and another 8,000 in reserve. As of September 2016, about a thousand T-72s have been upgraded into B3 models, according to a Russian defense site.