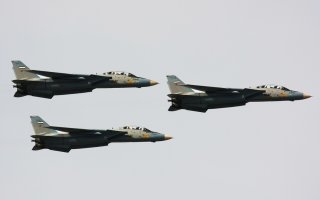 Key point: Iranian air defenses were usually late in detecting the Foxbats, leaving Iran’s F-14 crews only three to five minutes to attempt an intercept. For all practical purposes, if no Tomcat was almost directly in front of the incoming Iraqi MiG-25, a successful engagement was entirely out of the question.