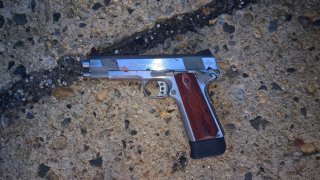 Here's What You Need to Remember: As far as long term reliability is concerned, the RIA 1911 functions the most reliably with standard 230 grain FMJ ammunition. It is more finicky with defense hollow point ammunition, so you’ll want to test different loads with yours until you find one it likes.

This article by Alex Joseph originally appeared at Gun News Daily in 2019 and is being reposted due to reader interest.