Companies Accused of Crimes Have More Privacy Rights than People 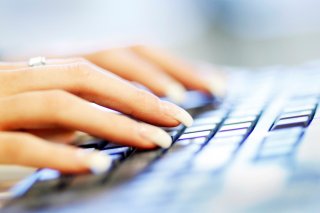 Corporations increasingly receive the same rights as people. Now, it seems, they have privileges even people don’t.

Case in point: The Labor Department recently urged regulators to stop issuing press releases about companies that may have violated laws on discrimination, worker safety or minimum wage requirements. The concern is that doing so could cause reputational damage from mere accusations, even if the case is eventually dismissed.

In a nutshell, the Labor Department’s action guarantees privacy rights to corporations under investigation. Unfortunately, this reasonable precaution is not afforded regular Americans.

And as we know from our work on criminal justice and surveillance, an arrest without a conviction or an allegation of wrongdoing can become a scarlet letter that scares off employers and landlords as people look for a new job or home.

A flood of data

Citizens typically know little about the amount or kind of data collected on them, including data concerning arrests and criminal complaints, which are particularly problematic when made public on the internet.

Many people arrested for a crime are eventually released without charges, but that doesn’t stop U.S. criminal justice agencies from releasing floods of preconviction data on innocent people. These data – once stored in paper files deep in the recesses of local courthouses – are now available to anyone with access to the internet. A recent study found that over 10 million arrests, 4.5 million mugshots and 14.7 million criminal court proceedings are digitally released before a criminal conviction each year, regardless of whether the person is ultimately found guilty or innocent.

The release of these records has spurred a cottage industry in collecting these data and disseminating them – for a fee – to interested parties like landlords, employers and nosy neighbors. Public accusations operate as a type of tantalizing clickbait on the internet, elevating websites that report arrests and criminal charges to the top of a person’s search results.

This hamstrings innocent people trying to get their lives back on track.

There is a cascade of consequences for people publicly marked as criminal well before their day in court.

They face tarnished reputations paired with diminished housing, employment and even dating prospects. The information these websites purvey is not only enduring but often inaccurate. Arrest records are rife with data errors, including mismatched identities and outdated information, particularly because of automated data aggregation systems.

Those who are harmed also lack recourse. Once the government makes an accusation public through statements, social media posts or website archives, it is ensconced in the public record and available for companies to use and share for profit. Unlike many European citizens whose countries have countered these potential harms by adopting a “right to be forgotten” – which allows for outdated search results to be delinked from a persons’ name – American citizens lack basic internet privacy and reputational rights.

And research shows that publicly exposing individuals results in more crime – rather than serving as a deterrent – as people who have been marked by public accusation are shut out of stable employment, housing and social life.

The Labor Department’s move to shield innocent corporations reveals that government officials are aware of the harms wrought by “digital punishment.” By that we mean the stigmatizing impact of government records as they are shared and archived on the internet, even if a company or person is later found to be legally innocent of a public accusation.

The government gets one thing right: Digital punishment removes the presumption of innocence, the bedrock of the American legal system. But it is not corporations that need protection. Companies can easily defend themselves from accusations of wrongdoing, and there’s more evidence that the threat of public exposure serves as an important deterrent to corporations behaving badly.

People marked as criminals endure significant hardships, especially at the local level, where where most criminal justice in the U.S. unfolds. Whatever the Biden administration does regarding the Labor Department policy, it would be most beneficial if its Justice Department discouraged local police and courts from publicizing accusations, arrests and other unsubstantiated information about individuals.