Control the Skies: How China Dominates the East China Sea 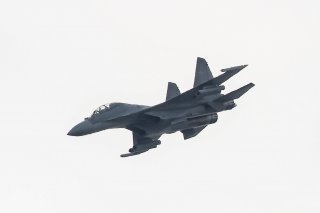 But Beijing is treading disparate pathways toward that end. Indeed, its approach in the East China Sea is a geospatial inverse of its approach in the South China Sea. Exhibit A: In 2017, Chinese air-traffic controllers warned the crew of a U.S. Air Force B-1B bomber that the aircraft had entered “Chinese airspace” and should begone forthwith. In reality, the bomber was transiting China’s air-defense identification zone (ADIZ), declared to great fanfare back in 2013.

The Obama administration and friendly governments thus rejected Beijing’s ADIZ unequivocally, and for good reason. China has a way of using wordplay to redefine and expand its political and strategic prerogatives. Defenders of the commons must debunk attempted sleights of hand early and often. The Trump administration appeared set to embrace the same approach as its predecessor. The U.S. Air Force aviators reminded the air-traffic controllers that they were conducting lawful operations in international airspace, seventy miles offshore. They refused to deviate from their flight path.

This article first appeared in April 2017 and is being republished due to reader interest.