Coronavirus Doesn't Have to Doom America to a "Lost Generation" 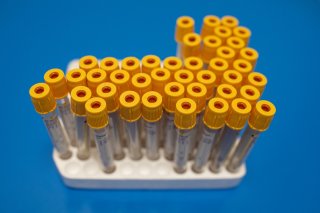 Is America headed toward a “lost decade”? That’s how some in the news media have interpreted a feeble new forecast from the Congressional Budget Office. That projection suggests it will take a long time for the US economy to fully recover from the coronavirus pandemic. Weaker consumer spending and business investment will take 3 percent off the gross domestic product 10 years from now. That works out to a cumulative $16 trillion, or $7.9 trillion adjusted for inflation.

But even before COVID-19, the economy was headed toward something more like a “lost generation.” Real GDP growth has averaged just 2.3 percent annually since the Global Financial Crisis, a full percentage point lower than growth over the previous 25 years. And looking forward, the CBO was expecting output to grow at an average annual rate of 1.7 percent from 2021 to 2030. Forecasts from the Federal Reserve and many Wall Street banks are similarly anemic. They all see the roughly the same miserable math of slight labor force growth and modest productivity growth.

But as a nation we should strive for better. (One possible goal: America should attempt to grow as fast in the future as it did in the past.) I sort of like President Trump’s notion that America remains a “developing economy.” No, not like Mexico or Vietnam, of course. We’re an extraordinarily wealthy nation pushing forward the technological frontier. But the American economy is a dynamic entity that experiences creative destruction. Businesses and sectors emerge, rise, and fall. It’s always developing into something different than it was the day before.

And it’s not crazy to think that even so terrible an event as a pandemic can eventually help that process continue or even accelerate. I recently interviewed University of Chicago economist Chad Syverson about his co-authored paper, “The COVID crisis and productivity growth”, asking whether there could be pro-growth impacts from this sort of shock. Syverson:

You could tell a story where a shock like this is such a big thing, that it basically forces a reckoning on the part of companies to think about the way things are done. And that reckoning makes them realize, “Oh, we were doing this thing for this-and-that reason, but that was decided 25 years ago because of something that doesn’t matter anymore. Why are we really doing it this way? Can’t we do it this other way instead?” And you get productivity gains that way. … It’s actually been proposed before in the context of environmental regulations. There’s this notion called the Porter hypothesis: Being subject to new environmental regulations could actually make companies more productive for the reasons I was talking about. They’re forced to do things differently, and rather than just changing things on the margin, they reorganize themselves from the ground up in a way that’s hopefully optimal. The evidence is a little bit mixed on that. But on the other hand, coronavirus is probably a much broader shock to companies than environmental regulations were and are. And so, I think a lot of companies are going to be dealing with: “Why do we do things the way we do? Is there a better way to do it?” You could see productivity gains coming from that process.

Maybe this health and economic shock also forces a reckoning on government to up its game, whether on the local, state, or federal level. For instance: Not only do cities have to upgrade their health infrastructure, but they also need to make housing more affordable — especially in high-productivity cities. (More on this here.) And the pandemic has highlighted many regulatory inefficiencies across all levels of government. There are plenty more of those to be fixed, and not just in healthcare. And these things are just a start to improve opportunities for all. But whatever problems America has, growth that’s slow and stagnant will surely exacerbate them.

Learn more: Boosting American entrepreneurship will more important than ever in coming years | It’s not too early for policymakers to think about strengthening the post-virus economy | How will the COVID pandemic affect productivity growth? My long-read Q&A with Chad Syverson

This article by James Pethokoukis first appeared in AEIdeas on June 2, 2020.