Coronavirus Drama: How Common is Airborne Spread of the Virus? 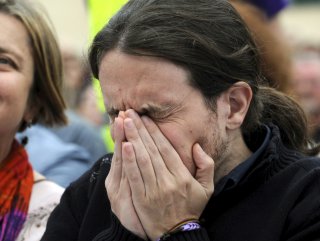 I am a scientist that studies infectious diseases and I specialize in severe respiratory infections, but I also serve as a member of my church’s safety team.

Over the past few weeks as states began to loosen restrictions, we have been discussing if and how to safely start services again. But the coronavirus is far from gone. As we try and figure out how to hold services while protecting our members, one question is of particular concern: How common is airborne spread of the virus?

How to spread a virus

Respiratory infections are generally spread in three possible ways: from direct contact, from droplets and from airborne particles.

Contact transmission occurs when a person touches an object that has live virus on it – called a fomite – and gets sick.

Droplets are small particles of mucus or saliva that come from a person’s mouth or nose when they cough or talk. They range in size from 5 microns to hundreds of microns in diameter - a red blood cell to a grain of sand. Most droplets, particularly large ones, fall to the ground within seconds and don’t usually travel more than 1 or 2 meters. If a person coughed on you and you got sick, that would be droplet transmission.

Airborne transmission happens because of airborne particles known as droplet nuclei. Droplet nuclei are any bit of mucus or saliva smaller than 5 microns across. People produce droplet nuclei when they talk, but they can also be formed when small droplets evaporate and shrink in size. Many of these droplets shrink so much that they begin to float before they hit the ground, thus becoming aerosols.

People produce thousands of these droplet nuclei per second while talking and the aerosolized particles can contain live viruses and float in the air for hours. They are easy to inhale, and if they contain live virus, can get people sick. The ability of droplet nuclei to transmit the coronavirus has a massive impact on if and how places like my church can reopen.

Early on in the pandemic, experts at the Centers for Disease Control and Prevention and the World Health Organization were most concerned about the coronavirus being transmitted from surfaces and from large droplets.

But the more research is done on SARS-CoV-2, the more evidence there is that airborne transmission is occurring although it is controversial. Both the CDC and WHO are now recommending that the general population wear masks, but for people going about their lives and wondering how to reopen public areas across the world, the question remains: Just how important is airborne transmission?

Airborne longevity in the lab

To get infected, a person needs to come in contact with live virus. If the virus dies before a person can inhale it, they won’t get sick.

To test how well SARS-CoV-2 can live in the air, researchers use special equipment to create aerosolized virus and keep it airborne for long periods of time. Researchers can then take samples of the virus and see how long it stays alive in an aerosol. An early study from researchers at the National Institute of Health kept the virus airborne for four hours and found live virus the whole time. A subsequent pre-print study that I was part of found that the coronavirus can stay alive for up to 16 hours in the air.

Neither the initial study nor the one that I was involved with measured the impact of temperature, humidity, ultraviolet light or pollution on survival of the virus in aerosols. There is evidence that simulated sunlight can inactivate 90% of SARS-CoV-2 viruses in saliva on surfaces or in aerosols within seven minutes. These studies suggest that the virus would be rapidly inactivated outdoors, but the risk of transmission indoors would remain.

Evidence from the real world

Reports from China, Singapore and Nebraska have found the virus in patient rooms and at very low levels in the ventilation system of hospitals where COVID-19 patients were treated. The report from China also found evidence of the virus at the entrance of a department store. So far, this sampling has been done using polymerase chain reaction tests which look for pieces of viral DNA, not live virus. They can’t tell researchers if what they are finding is infectious.

For direct evidence of the risks of airborne transmission, we can look to a few case studies in the U.S. and abroad.

Perhaps most striking, especially for myself as we contemplate how to reopen our church, is the example of the church choir in Skagit County, Washington. A single individual singing at a choir practice infected 52 other people. Singing and loud vocalization in general can produce a lot of aerosols, and evidence shows that some people are super-emitters of aerosols even during normal speech. It’s likely that some infections in this incident occurred from droplets or direct contact, but the fact that one person was able to infect so many people strongly suggests that airborne transmission was the driving factor in this outbreak.

A paper published just last week compared the success of mitigation measures – like social distancing or mask wearing – to try and determine how the virus is spreading. The authors concluded that aerosol transmission was the dominant route. This conclusion is hotly debated in the scientific community, but this study and others do show the effectiveness of masks in slowing the spread of COVID-19.

What does this mean for reopening and for individuals?

The evidence strongly suggests that airborne transmission happens easily and is likely a significant driver of this pandemic. It must be taken seriously as people begin to venture back out into the world.

Thankfully, there is an easy, if not perfect way you can reduce airborne transmission: masks. Since people can spread the virus when they are pre-symptomatic or asymptomatic, universal mask wearing is a very effective, low-cost way to slow down the pandemic.

Since the primary risk is indoors, increasing ventilation rates and not recirculating air inside buildings would remove the virus from the indoor environment faster.

My church has decided to reopen, but we are only planning to allow limited numbers of people in the church and spreading them throughout the sanctuary to maintain social distancing. And at least for now, everyone is required to wear masks. Especially while singing.