Coronavirus: How to Convince an Anti-Masker to Change Their Mind 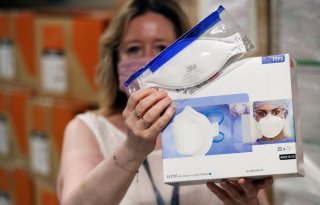 The media is quick to highlight people who think it’s their right not to wear a mask, such as #bunningskaren, or who become violent in expressing their objection.

But others can be persuaded, with the right approach.

So how do you know if it’s worth trying to convince someone to wear a mask? And what’s the best way to talk to them if you actually want to make a difference?

Yelling ‘Mask up!’ at them won’t work

People vary in how they perceive and tolerate risk, and how physically and psychologically vulnerable they are. So we may need to negotiate accepted behaviours, just as we did with HIV. Many of these conversations might be difficult.

We also need to watch our own emotions don’t cloud the message we want to convey. For instance, when we become angry, anxious, outraged or fearful, the person we are trying to communicate with might not hear the message we intended.

We might want to convey: “I want you to wear a mask when you catch the train to see our father.” But instead, the other person hears the message: “I think you are behaving badly and I’m angry with you.”

Ironically, the pandemic makes this type of miscommunication more likely. When we are stressed or emotional, we are more likely to activate our body’s “fight, flight, freeze” mechanisms. This affects how we communicate and how our communication is received.

If refusing to wear a mask is about maintaining a sense of control or is connected to a sense of identity — for example, if someone considers themselves “not someone who fusses” — then telling them to mask up could make them defensive.

Becoming defensive makes people not only less willing to listen, but less able to take in information, and or to appraise it accurately.

As a result, criticising someone’s views — for example, that wearing a mask doesn’t work — may lead them to “switch off” from what you’re saying and stick more firmly to their beliefs.

So, what does work?

To communicate well, we need to prepare. The authors of the book Crucial Conversations recommend asking yourself what you want to achieve as an outcome and what you want for the relationship between you.

The goal is to keep the relationship respectful and the lines of communication open, so negotiations can continue as new pandemic circumstances arise.

You won’t completely change someone’s beliefs or actions. A better aim is to negotiate a change in behaviour that minimises harm. This might be: “Do as you choose at other times of course, but could we agree that just for now, you wear a mask when you visit Dad?”

Identifying and respecting another person’s values and finding values in common reduces defensiveness and provides grounds for negotiation.

For instance: “I can see how important it is to you to be sceptical, and I absolutely agree, especially since the evidence changes so often. But since the evidence definitely shows that even some young, healthy people can get seriously ill, could I ask you to wear a mask on our trip?”

Asking someone why they are not wearing a mask, instead of telling them to wear one, is another helpful tool. This is a chance for someone to be heard, which lowers any defensiveness.

There are many reasons why people don’t wear masks. And hearing someone explain could provide an opportunity to problem-solve (especially if we ask how we can help, and refrain from giving advice).

Compassion or empathy allows us to support another’s position while more strongly maintaining our own.

For example, acknowledgements such as “I can relate! All these controls over our lives make me crazy and a lot of them make no sense” or “I might be wrong, and I might be overreacting”, can help with negotiating “please humour me and wear a mask, just on the train”.

Empathy can also help preserve the relationship while insisting on a boundary, such as: “Our relationship is so important, I really want to see you, and I hate saying this, but I can’t accept you visiting without a mask, at least until there are fewer cases.”

How a non-judgemental approach can win people over

Evidence shows some groups of men — such as younger men, more politically conservative men, men with lower health literacy, and men who endorse more traditional notions of masculinity — are among the most likely to resist wearing a mask.

Non-judgemental communication is as effective with men as with everyone else.

When Harvard professor Julia Marcus wrote about male anti-maskers without shaming or judgement, many men contacted her, willing to listen to her views on masks.

If we are non-judgemental, empathetic, and clear in what we want to achieve, we can rise above counterproductive reactions, such as jumping in to tell someone off or dismissing someone’s concerns.