Coronavirus' Impact Cannot Be Explained Away Through the Prism of Race 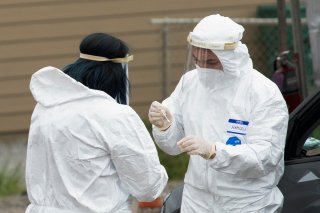 From the start of the coronavirus pandemic, there has been an attempt to use science to explain the disproportionate impact of COVID-19 on different groups through the prism of race. Data from the UK and the US suggests that people categorised as black, Hispanic (Latino) and south Asian are more likely to die from the disease.

The way this issue is often discussed, but also the response of some scientists, would suggest that there may be some biological reason for the higher death rates based on genetic differences between these groups and their white counterparts. But the reality is there is no evidence that the genes used to divide people into races are linked to how our immune system responds to viral infections.

There are certain genetic mutations that can be found among specific ethnic groups that can play a role in the body’s immune response. But because of the loose definition of race (primarily based on genes for skin colour) and recent population movements, these should be seen as unreliable indicators when it comes to susceptibility to viral infections.

Indeed, race is a social construct with no scientific basis. However, there are clear links between people’s racial groups, their socioeconomic status, what happens to them once they are infected and the outcome of their infection. And focusing on the idea of a genetic link merely serves to distract from this.

You only have to look at how the statistics are gathered to understand how these issues are confused. Data from the UK’s Office for National Statistics that has been used to highlight the disparate death rates separates Indians from Pakistanis and Bangladeshis, and yet groups all Africans (including black Caribbeans). This makes no sense in terms of race, ethnicity or genetics.

Most genome-wide association studies group all south Asians. Yet, at least in the UK, COVID-19 can apparently separate Indians and Pakistanis, suggesting genetics have little to do with it. The categories used to collect government data for the pandemic are far more suited to social outcomes such as employment or education.

This problem arises even with recent analysis that purportedly show people from ethnic minorities are no more likely to die once you take into account the effects of other illnesses and deprivation. The main analysis only compares whites to non-whites, masking the data for specific groups, while the headline of the newspaper article about the study refers only to black people.

The idea that COVID-19 discriminates along traditional racial lines is created by these statistics and fails to adequately portray what’s really going on. These kinds of assumptions ignore the fact that there is as much genetic variation within racialised groups as there is between the whole human population.

There are some medical conditions with a higher prevalence in some racialised groups, such as sickle cell anaemia, and differences in how some groups respond to certain drugs. But these are traits linked to single genes and all transcend the traditional definitions of race. Such “mongenetic” traits affect a very small subset of many populations, such as some southern Europeans and south Asians who also have a predisposition to sickle cell anaemia.

Death from COVID-19 is also linked to pre-existing conditions that appear in higher levels in black and south Asian groups, such as diabetes. The argument that this may provide a genetic underpinning is only partly supported by the limited evidence that links genetics to diabetes.

However, the ONS figures confirm that genes predisposing people to diabetes cannot be the same as those that predispose to COVID-19. Otherwise, Indians would be affected as much as Pakistanis and Bangladeshis, who belong to the same genome-wide association group.

Any genetic differences that may predispose you to diabetes are heavily influenced by environmental factors. There isn’t a “diabetes gene” linking the varying groups which are affected COVID-19. But the prevalence of these so-called “lifestyle” diseases in racialised groups is strongly linked to social factors.

Another target that has come in for speculation is vitamin D deficiency. People with darker skin who do not get enough exposure to direct sunlight may produce less vitamin D, which is essential for many bodily functions including the immune system. In terms of a link to susceptibility to COVID-19, this has not been proven. But very little work on this has been done and the pandemic should prompt more research on the medical consequences of vitamin D deficiency generally.

Other evidence suggests higher death rates from COVID-19 including among racialised groups might be linked to higher levels of a cell surface receptor molecule known as ACE2. But this can result from taking drugs for diabetes and hypertension, which takes us back to the point about the social causes of such diseases.

In the absence of any genetic link between racial groups and susceptibility to the virus, we are left with the reality, which seems more difficult to accept, that these groups are suffering more from how our societies are organised. There is no clear evidence that higher levels of conditions such as type-2 diabetes, cardiovascular disease and weakened immune systems in disadvantaged communities are because of inherent genetic predispositions.

But there is evidence they are the result of structural racism. All these underlying problems can be directly connected to the food and exercise you have access to, the level of education, employment, housing, healthcare, economic and political power within these communities.

The evidence suggests that this coronavirus does not discriminate but highlights existing discriminations. The continued prevalence of ideas about race today – despite the lack of any scientific basis – shows how these ideas can mutate to provide justification for the power structures that have ordered our society since the 18th century.

Winston Morgan is Reader in Toxicology and Clinical Biochemistry and Director of Impact and Innovation, University of East London.