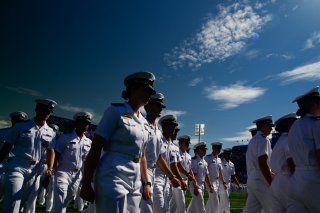 Here's What You Need to Remember: War planners of old deserve their encomia, but their work is not done yet. They can render yeoman service from beyond the grave, illuminating the challenges, dangers, and opportunities before the U.S. Navy today. Let’s dust off those old archives, explore the world of War Plan Orange—and grind some fresh sausage.