Could America Cause Regime Change in Iran? 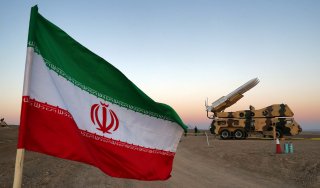 Here's What You Need to Remember: Regime change is unlikely to succeed, and is more likely to exacerbate the problems it was designed to solve.

While attacks on Iranian military and political infrastructure would inflict serious damage, the U.S.’ goal would be undermining domestic support for the Iranian government. To this end, the U.S. could target Iran’s economy, including oil installations and transport infrastructure. Such attacks could effectively destroy Iran’s oil industry, at least in the short term, and cause serious economic damage to the Islamic Republic (not to mention its trading partners). However, attacks against civilian industrial and economic targets would risk running afoul of U.S. policy and the Law of Armed Conflict. The U.S. could argue that Iran’s economic infrastructure represents a legitimate military target because of Iranian state control and the military utility of transport infrastructure, but this would be a hard sell, especially as civilian casualties mount. Still, the United States successfully targeted ISIS oil infrastructure during the recent air campaign. This allowed the destruction of ISIS oil facilities, as well as transportation assets such as tanker trucks.

Iran would enjoy a range of options to respond to the U.S. attacks. Iran could step up efforts to destabilize Iraq and Afghanistan through the use of proxies and arms shipments. Similarly, it could try to induce its proxies in the region to attack U.S. allies. Iran could use its extensive fleet of ballistic missiles to attack U.S. bases, ships, and the military and economic installations of U.S. allies, although this missile force would represent a depreciating asset as its numbers declined over time. Most likely, however, is that Iran could simply wait, under the logic that international opinion against the U.S. campaign would steadily build until Washington could no longer maintain its belligerence.

Third, it is unclear how such a military intervention would end. The U.S. lacks the international support to undertake the sort of militarized containment that is used against Iraq during the 1990s. International sympathy for Iran would only increase over time, a fact that Iran’s leaders surely understand. If the Islamic Republic didn’t collapse, the U.S. would eventually have to either admit defeat or open the door to dangerous escalation.

This article first appeared a few years ago. It is being republished due to reader interest.