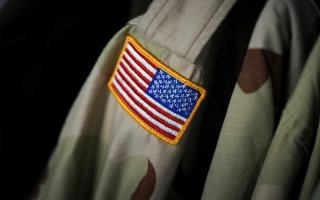 Just under 5 million U.S. citizens live abroad, serving in the military and embassies or just living in another country. In 2018 an estimated 2.9 million of them were of voting age, according to a 2018 Federal Voting Assistance Program report – more than the population of Rhode Island, Delaware and Wyoming combined.

As a political scientist who studies demographics and politics, I have observed how different voting blocs, even small ones, can affect the outcome of elections. Three million people is more than enough people to decide a presidential or congressional race with narrow margins.

To do that, though, Americans who live abroad would have to actually vote.

How to vote from abroad

Generally, U.S. citizens abroad may may vote in presidential, Senate and House races, though some states also allow them to vote for state and local candidates, and on referendums.

Absentee voting overseas is a relatively straightforward process. Ballots can be requested, transmitted and returned by mail, email or fax, depending on one’s state and registration status.

After identifying themselves as overseas voters from a particular state, U.S. citizens living abroad must complete and submit a Federal Post Card Application each year to their local election officials, who then confirm voter eligibility. The Foreign Voter Assistance Program website can help overseas voters determine which state they are eligible to vote in and request their ballot.

For members of the military, voter residency is usually in the state that they consider to be their permanent home and where they previously had a physical presence. For overseas civilians, like embassy staffers, voting residence is the address in the state they lived in before leaving the United States. Americans who have never lived in the U.S. often register to vote under the American address of their parents or legal guardians.

Each state has its own rules on registering to vote from overseas; some are more flexible than others. Alaska, for example, allows citizens who have never resided in the U.S. to vote in federal elections if they have a parent or legal guardian who lives in Alaska. In Arizona, the parent or legal guardian must also be registered to vote in Arizona.

Americans overseas who registered to vote and requested their ballot but did not receive it in time can still vote using a federal write-in absentee ballot.

The voting rights of overseas voters were enshrined in 1986 with the Uniformed and Overseas Citizens Absentee Voting Act. In 2010 the Military and Overseas Voter Empowerment Act further codified international absentee voting procedures and added additional security and privacy protections.

Yet most Americans choose not to vote from abroad.

In the 2018 midterm election, 289,838 U.S. citizens overseas requested ballots and 135,507 of those ballots were returned, a turnout rate of 4.7% among all eligible American voters abroad. Overall voter turnout that year was about 65% – 14 times higher. Just under 8% of overseas voters participated in the 2016 presidential election.

The participation of American voters abroad varies widely by the country they live in.

Surveys of overseas voters identify obstacles to voting, among them international mailing-related problems such as late ballots, privacy concerns over internet security and lack of knowledge about online voting. Overseas citizens also report feeling disconnected from the American political process.

Military voters receive election help from the Pentagon. Each unit must have an officer available to help service members with voting. U.S. State Department staffers on overseas postings often have access to voter education seminars or registration drives at embassies.

But regular Americans living abroad are pretty much on their own. Unlike domestic voters, they aren’t bombarded by partisan get-out-the-vote messages and political advertising.

There are party-related websites aimed at overseas members, but only the Democrats’ site, www.democratsabroad.org, had up-to-date voting information as of late October. Republicans turning to the GOP site, www.republicansoverseas.com, will find more criticism of the Foreign Account Tax Compliance Act – a law intended to prevent Americans from illegally hiding their taxable wealth in foreign banks – than about voting from abroad. With the 2020 election days away, its voting information does not appear updated.

If political parties mobilized these far-flung voters – by engaging them on issues, for example, and including them in voter turnout efforts – such voters could be a potent electoral force.

That demographic information does not offer much insight into the political leanings of overseas voters. On one hand, Americans with higher education levels tend to lean Democratic. On the other hand, the Republican Party attracts more men.

While their party affiliation is unknown, by number alone overseas voters could tip a tight election one way or the other. This is especially true in swing states that, like Virginia and North Carolina, have a large military presence.

This November, as in 2016, just a couple thousand votes in such places could decide the presidency. Several neck-and-neck Senate and House races – including ones in Texas and Georgia – will also likely be won with very narrow margins.

The votes of Americans abroad have a role to play in the democratic process. And if more than 5% cast their ballots, it could be a decisive one.

Monica Duffy Toft, Professor of International Politics and Director of the Center for Strategic Studies at The Fletcher School of Law and Diplomacy, Tufts University