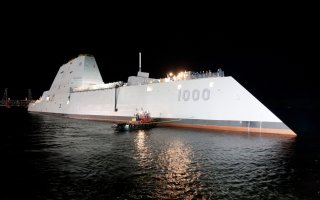 Here's What You Need to Know: The USS Zumwalt is going to win this battle in almost any conceivable scenario.