Could Australia Walk Away from its French Submarine Deal? 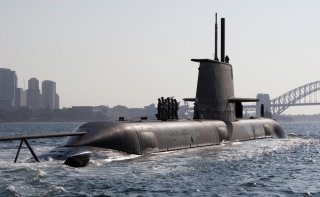 Media reports this week have claimed that Prime Minister Scott Morrison has commissioned a Defence Department review into potential alternatives to the Attack-class submarine. That’s prompted a flurry of speculation about whether the government is walking away from France’s Naval Group as its partner in the future submarine program, despite the sunk costs approaching $2 billion, plus several hundred million more in penalty costs.

Would the government do that? It’s hard to imagine. Conservative governments in this country draw their credibility and mandate to rule from their reputation as good economic managers. Admitting that they had mismanaged the largest public sector project in the nation’s history would strike at the heart of that credibility.

Walking away would also destroy Defence’s credibility. Every significant government decision in this space beyond the initial decision to build the submarines in Adelaide has been based on Defence’s advice.

Defence recommended the submarines’ very demanding set of operational requirements on factors such as range and endurance. Defence recommended the three contenders for the competitive evaluation process, and Defence picked the French as the eventual winner. Defence requested and got the $89 billion budget for the Attack class. Defence rearranged its investment program and delayed other projects to free up cash for the submarines.

Then there’s the hit that would come to relations with France and to Australia’s international credibility as a partner. We’ve already done that once to a strategic partner in the submarine saga in choosing the French after raising the hopes of the Japanese that they would win the contract.

You don’t decide to change course in a $90 billion program without good reason. So, what would prompt the government to do it? Many commentators have expressed a vast range of concerns about the program and the constant questioning is a public relations ulcer for the government. But the government itself and Defence have been resolute in their support for it.

At Senate estimates hearings, Defence has consistently insisted everything is on track—for example, stating that the cost estimate has been steady at $50 billion (in constant dollars) for five years and the design is progressing well. It has conceded a few months’ delay here and there to some design milestones but suggested it could make that time up. To suddenly walk away would mean that narrative was not true—another hit to credibility.

That’s unless the government has suddenly learned something truly new and significant about the viability of the enterprise.

Then there’s the issue of what the government would walk away to. There’s no immediate stand-out candidate for a Plan B. Any developmental submarine that sets new records for size is going to come with risks and take a long time to deliver, plus the French have a five-year head start. Potentially, if the government and Defence downsized their capability aspirations, that could open up the field somewhat—potentially to the Sweden’s Saab Kockums and its ‘Son of Collins’ design.

It was always been mystifying that the Swedes were not invited to participate in the original competitive evaluation process. A number of voices have suggested the government should fund them to develop their design in parallel with Naval Group, generating competition and providing the government with some choice. That could send a strong message to the French firm.

On the other hand, if the point is to make France prioritise the Attack-class program, particularly as its own future ballistic missile submarine program commences, then telling them that we might not go with them after all could send mixed messages; we want them to commit but we won’t do so ourselves.

Much of the discussion around the future submarine has related to the level of local industry content. Ironically, the government originally said it had no intention of imposing a hard target for local content—until it came under irresistible pressure from industry and the opposition to accept a guarantee of 60% that Naval Group itself had offered. Now there is some suggestion the government should walk away because Naval Group might not get there, at least in the early stages of the program.

But this is letting the industry tail wag the capability dog. If the government is convinced it’s getting the right capability at an acceptable price delivered when it needs it, then walking away over a few percentage points of industry share, well before the design is complete, is short-sighted.

And that’s where the discussion needs to focus—on the capability. Are we getting the capability we need when we need it, and is it value for money? Many minds are already made up, such as those who believe we should be getting nuclear-powered submarines, or those who believe other approaches offer more capability for less money and/or risk—whether they involve smaller submarines, autonomous systems, long-range strike missiles and aircraft, or combinations of them all.

The government isn’t in that camp. But it does need to know what triggers would mean it wasn’t getting what it needed. For example, at what point do delays mean that a Collins life-of-type-extension can’t fill the gap? Or what technological developments that put the survivability and therefore utility of conventional manned submarines in doubt would make it reconsider the current path?

To define those triggers and know when they have been tripped, the government needs independent advice. It’s not clear that the government is getting it. From its Senate estimates testimony, it appears the Naval Shipbuilding Advisory Board takes a narrow focus, looking at the program from a project-management perspective. Broader questions about whether it provides the right capability or value for money are outside its remit.

Morrison has reportedly asked senior naval officers to review something relating to submarines (although it’s not clear what exactly). But again, this is not an independent review. Those who developed the original advice to government are not the best placed to evaluate it.

Certainly, the government is right to be concerned about Defence’s capability program. Despite concluding in last year’s defence strategic update that we can’t rely on having 10 years of warning time before a conflict, much of the program is still more than 10 years from delivery—including the future submarine. But walking away from the Attack class won’t necessarily fix that problem.

Getting submarines right is important, but we also need to cure ourselves of the fetish that has grown up around them. They’re a valuable capability, but not the only one we need. Defence needs a range of complementary assets to cover the risks and shortfalls associated with each one.

To do this it has to more aggressively develop and acquire emergent technologies—regardless of the path we take with submarines. The recent announcement of a cooperative program with the US in the development and production of hypersonic strike missiles is certainly a step in the right direction. The rapid acquisition of large unmanned underwater vessels would be another.

Whatever kernel of truth is sitting behind the recent media reports, it’s good to see the prime minister getting energised about defence capability. Defence is a monopoly provider of security services to the government and therefore the Australian people. The government is planning on spending $575 billion in taxpayer dollars for those services over the next decade, so it needs to be a smart, questioning and demanding customer on our behalf.