Could Biden and Congress Send a Fourth Stimulus Check? 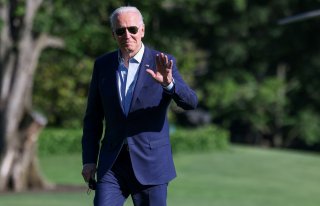 Here's What You Need to Remember: A fourth stimulus measure is unlikely to pass Congress, which has already induced Biden to restrain some of his other spending proposals. Moreover, the lockdowns which incentivized business closures and the initial stimulus measures have been lifted across the United States, drawing the need for a fourth one into question.

Throughout the coronavirus pandemic, the government has engaged in massive spending programs to keep the economy afloat as lockdowns continue. One of the most consequential programs used has been “stimulus checks,” or direct cash payments to all Americans—with the hope that they would spend the money quickly, stimulating commerce and increasing cash flow.

So far, three stimulus payments have been sent out since the onset of the pandemic. In March 2020, the CARES Act, signed into law by President Donald Trump, distributed $1,200 checks to all American adults within certain income constraints. In December of that year, following intense negotiations between the Trump administration, Senate Republicans, and the Democratic opposition, a second round of $600 checks were approved.

Most recently, in March 2021, President Joe Biden approved the American Rescue Plan Act, a $1.9 trillion spending bill that set aside $450 billion for a third round of stimulus payments. Under the ARPA, $1,400 checks were sent to all American adults making less than $75,000 per year (or $150,000 per year for married couples) and their dependents.

It has been three months since the ARPA’s passage, and roughly 90 percent of eligible recipients have had their stimulus checks delivered. While the checks continue to come, most of them have already been received and spent, and there have been renewed calls in recent weeks for a fourth stimulus measure.

One sign of growing support for the stimulus check has been a Change.org petition, launched in the early days of the coronavirus crisis by a Colorado restaurant owner, advocating for all Americans to receive monthly $2,000 checks until the end of the pandemic. The petition has now accumulated 2.4 million signatures, one of the highest individual petitions on the organization’s website.

It is difficult to tell how genuine the petition is. It is unclear if all signatories are in the United States, and it is possible that some people may have signed multiple times under different names. However, if the signatures are genuine, the proposal has been endorsed by roughly 1.5 percent of the American electorate—no small number, in a country where Biden’s victory over Trump was decided by 44,000 key votes.

While Change.org petitions obviously have no direct impact on the legislative process, politicians dependent on stimulus supporters’ votes should take notice. Indeed, many have supported the petition’s recommendations, though not necessarily directly linking them to the petition itself. More than eighty House and Senate Democrats now support a fourth stimulus measure; some, including Rep. Ilhan Omar (D-Minn.), have explicitly called for $2000-per-month payments.

In spite of this support, a fourth stimulus measure is unlikely to pass Congress, which has already induced Biden to restrain some of his other spending proposals. Moreover, the lockdowns which incentivized business closures and the initial stimulus measures have been lifted across the United States, drawing the need for a fourth one into question.