Could Biden and Iran Make Another "Grand Bargain"? 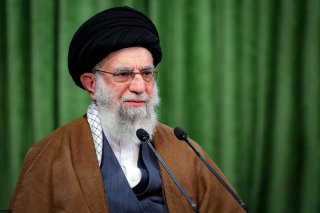 US President-elect Joe Biden is expected to make a detailed policy statement on the Middle East in the weeks following his inauguration on 20 January 2021. A new, timely ‘grand bargain’ initiative by Iran, especially in the intervening weeks, could shape that policy in the interests of both countries.

On 4 May 2003, Iran explored a possible rapprochement with the US by initiating an offer to renegotiate their bilateral relationship. This bold initiative, reportedly made with the approval of Iran’s Supreme Leader Ayatollah Ali Khamenei and moderate president Mohammad Khatami, and with significant input by Iran’s ambassador to the UN and now foreign minister Javad Zarif, put all key issues on the negotiating table: Iran’s nuclear and missile development and its regional activities. However, no details were included about how negotiable each issue was.

The offer was made through two channels, an officially deniable fax sent directly to the US State Department by the Iranians and a separate informal communication to the state department from the Swiss embassy, which then, as now, represented Iranian interests with the US. This offer was later nicknamed the ‘grand bargain’.

However, the initiative was rejected outright by the neoconservatives in President George W. Bush’s administration for the basic reason ‘we don’t negotiate with terrorists’. Although not surprised, the Iranians were disappointed by the rejection. In 2001, they had tentatively reached out to the US by providing political and logistic support relating to Afghanistan following the 9/11 terror attacks, only to be rebuffed in 2002 by Bush’s inclusion of Iran, with Iraq and North Korea, in the ‘axis of evil’.

The bilateral relationship during the 17 years following the rejection of the ‘grand bargain’ has been mostly characterised by deep mutual distrust and tension due to the strong adversarial policies of presidents Bush and Donald Trump, and Iran’s conservative president Mahmoud Ahmadinejad. The four-year overlap in 2013–2017 between US President Barack Obama and moderate Iranian President Hassan Rouhani saw a more workable relationship that facilitated the finalisation of negotiations and implementation of the nuclear agreement known as the Joint Comprehensive Plan of Action or JCPOA.

The developing trust and goodwill between Obama and Rouhani had the potential to usher in negotiations on the other key issues—missiles and regional activities—but Trump’s election and subsequent actions trashed that.

Biden’s election offers Iran the timely opportunity to offer the US a new grand bargain. Timeliness is important. If that offer is as broad in scope as the one in 2003, and pitched to Biden before he takes office and announces his Middle East policy, it could significantly shape US policy to the broader security benefit of both nations, and the region. Iran could, in fact, enhance its pitch and build on past goodwill by including a willingness to release more foreign detainees, such as Australian academic Kylie Moore-Gilbert, but not necessarily tying all to prisoner swaps.

It will be critical that both sides go to the table with a clear understanding of their respective strategic interests and a mutual understanding of what ‘security’ and ‘stability’ mean in a regional context and of what is and is not negotiable. Negotiations, including those tied to the JCPOA and especially those seeking to lift sanctions related to Iran’s regional activities, will face strong headwinds from disparate domestic and foreign stakeholders.

The assassination of Iran’s chief nuclear scientist, Mohsen Fakhrizadeh, on 27 November was, according to the New York Times, orchestrated by Israeli Prime Minister Benjamin Netanyahu with Trump’s support, to undermine any Iran–US rapprochement. Persisting with rapprochement, especially if other extreme provocations follow, will be challenging for both sides.

However, negotiations won’t begin from a cold start. Both Rouhani and Zarif know Biden personally from his time as vice-president, and for Zarif well before that. Zarif also knows Jake Sullivan, Biden’s national security adviser designate. As Rouhani cannot seek re-election in mid-2021, and Zarif is unlikely to serve as foreign minister beyond then, they have a maximum of seven months, and in reality less than that, to progress any deal. Who will succeed either man isn’t known, but significant early progress that delivers Iran economic relief could have an impact on who’s elected to replace Rouhani and the likely shape of future negotiations.

There are compelling economic and political reasons for Iran to make the offer. A critical priority is the resuscitation of Iran’s economy, especially the resumption of international trade including oil sales. The key will be Biden’s early bid to rejoin the JCPOA on mutually agreed terms. This should enable the lifting of Trump’s reimposed UN sanctions. However, Biden may make rejoining the JCPOA conditional on restrictions on Iran’s development of nuclear-capable ballistic missiles. Notwithstanding the fallout from Fakhrizadeh’s assassination, all are doable if both sides are committed, and Iran has already indicated it is.

Political reasons for the offer are two-fold. The first is the expectation by the Iranian public of progressive economic relief after Biden takes office. Their general willingness to suffer and stand with the government against Trump’s ‘maximum pressure’ campaign will not routinely apply to Biden, especially if relief is seen as a realistic prospect. The Iranian government, and regime hardliners especially, cannot ignore this expectation.

The second reason is the opportunity for Iran to come in from the cold and ensure its initiative is compatible with a Biden policy that progresses regional stability and security. As I’ve suggested recently, related policy could combine Rouhani’s Hormuz Peace Endeavor with other US or regional initiatives, including the recent Abraham Accords.

Iran and the US have overlapping strategic interests in Tehran’s immediate neighbours, Iraq and Afghanistan. Stability and security are also common goals in Yemen, Lebanon and Syria, and for other stakeholders, especially Saudi Arabia and Israel. Identifying common interests and differences, and figuring out how to accommodate them, will be very challenging.

For Biden, who has stated his presidency will mark a return to US global leadership, addressing and progressing the Iran relationship will be but one major challenge. Given the deep divisions in Iran, it will also be a test of Khamenei’s leadership, and will shape his legacy.

How can Iran flag a new ‘grand bargain’, to the US, regional and other stakeholders, and the Iranian people themselves? First, it must informally ensure Biden’s in-principle agreement through existing back channels. The initiative must then be made public, possibly through a major speech to domestic and foreign audiences that reaffirms Iran’s commitment to its people’s security and welfare, that restates the leadership’s commitment to regional stability and security, and that emphasises Tehran’s willingness to work with Biden and others to achieve this goal. Such an announcement should be delivered by Khamenei, so it is seen as an enduring national commitment that applies to whoever is elected in mid-2021 as Iran’s next president.