Could China Beat America in a War? China Thinks So. 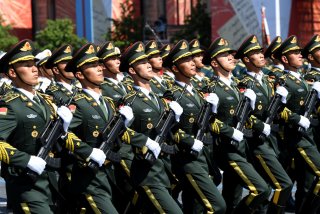 Here's What You Need to Remember: The overwhelming belief that the PLA would prevail in a conflict with the United States in the East or South China Seas could make it easier for Chinese leaders to gain support for aggressive policies.

No less than 87 percent of respondents said that the Chinese military already possessed the capability to take back the Diaoyu/Senkaku Islands from Japan, according to a public opinion poll several years back. When asked whether they still believed the PLA could achieve this objective if the U.S. intervened in the conflict, 74 percent said yes.

Zachary Keck is the former managing editor of The National Interest.

This article originally appeared in 2019 and is being republished due to reader interest.