Could COVID-19 Evolve to Be Less Deadly? 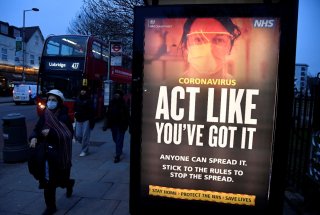 A recent modelling study painted a reassuring picture of a post-pandemic future in which SARS-CoV-2 transitions, over “a few years to a few decades”, from dangerous pathogen to just another common-cold coronavirus. This predicted loss of virulence, the authors stress, is based on a specific idiosyncrasy of the virus, namely that it rarely causes serious disease in children.

Still, many experts agreed that we should not be in the least surprised by the authors’ conclusion, as all viruses “become more transmissible and less pathogenic over time”. After all, the seductive logic goes, from an evolutionary perspective it makes no sense for a pathogen to harm the host on which it depends for its survival. According to this reasoning, virulence is little more than a temporary evolutionary imbalance.

This comfortable chain of reasoning was rudely broken by the announcement of “a realistic possibility” that the new highly transmissible B117 variant “is associated with an increased risk of death”.

Although the evidence is still accruing, early estimates from Nervtag, the UK’s New and Emerging Respiratory Virus Threats Advisory Group, suggest that B117 may be around 30% more deadly.

But perhaps this is a single exception to an otherwise well-observed rule, and we can still be confident that SARS-CoV-2 will slowly fade away to obscurity. So what is the evidence for this view? And how confident can we be in predicting how evolution will shape the relationship between a pathogen and its host?

It was the bacteriologist and comparative pathologist Theobald Smith (1859-1934) who began the narrative of the “law of declining virulence” in the late 19th century.

Studying tick-borne disease of cattle during the 1880s, Smith realised that the severity of the disease was determined by the degree of prior infection. Cattle that had been repeatedly exposed to the pathogen suffered from much more moderate disease than cattle encountering it for the first time. Smith reasoned that this was because host and pathogen conspired over time towards a mutually benign relationship.

The story then takes a distinctly antipodean turn. In 1859, the year Charles Darwin published his Big Idea, European rabbits were introduced to Australia for sport, with devastating consequences for the indigenous flora and fauna. Having turned down Louis Pasteur’s offer of mass délapinsation using fowl cholera as a biological control agent, the Department of Agriculture turned to the myxoma virus that causes the lethal, but highly species-specific disease, myxomatosis in rabbits.

By the 1950s, the myxoma virus was spreading rapidly among the rabbit population. Recognising the opportunities provided by this unique experiment, the virologist Frank Fenner documented how the virulence of the disease decreased over a few years from 99.5% mortality to about 90%. This was taken as strong empirical evidence in support of Smith’s law of declining virulence – and occasionally still is.

A challenge to the law of declining virulence

At around the same time, a talented young Australian mathematician named Robert May came across the work of his compatriot Charles Birch, an eminent ecologist working on the regulation of animal populations. Together with epidemiologist Roy Anderson, May went on to pioneer the application of mathematical modelling to the ecology and evolution of infectious disease. By the late 1970s, May and Anderson had developed the “trade-off” model for the evolution of virulence – the first conceptual framework in 100 years to challenge the Smith’s general law of declining virulence.

The trade-off model recognises that pathogen virulence will not necessarily limit the ease by which a pathogen can transmit from one host to another. It might even enhance it. Without the assumed evolutionary cost to virulence, there is no reason to believe that disease severity will decrease over time. Instead, May and Anderson proposed that the optimal level of virulence for any given pathogen will be determined by a range of factors, such as the availability of susceptible hosts, and the length of time between infection and symptom onset.

This last factor is a key aspect of the epidemiology of SARS-CoV-2. The long time period between infection and death (if it occurs) means that SARS-CoV-2 has a significant window in which to replicate and spread, long before it kills its current host.

The trade-off model is now widely accepted. It emphasises that each host-pathogen combination must be considered individually. There is no general evolutionary law for predicting how these relationships will pan out, and certainly no justification for evoking the inevitability of decreased virulence.

There is little or no direct evidence that virulence decreases over time. While newly emerged pathogens, such as HIV and Mers, are often highly virulent, the converse is not true. There are plenty of ancient diseases, such as tuberculosis and gonorrhoea, that are probably just as virulent today as they ever were.

A change in conditions can also drive the trend in the other direction. Dengue fever has afflicted humans since at least the 18th century, but an increasingly large and mobile human population is thought to have driven a marked increase in virulence over the last 50 years or so. Even the seminal case of the rabbit-killing myxoma virus is uncertain. There was little subsequent decline in virulence after Fenner’s early reports, and it may even have risen slightly.

Plausible but not inevitable

Of course, these counter-examples do not in themselves present evidence that the virulence of SARS-CoV-2 will not decline. Declining virulence is certainly plausible as one of many potential outcomes under the trade-off model.

Conversely, mutations might simultaneously heighten both virulence and transmissibility by increasing viral replication rate. Although we will have to wait for more evidence to be certain – and the precise mechanisms may be difficult to pin down – the emerging evidence around the B117 variant currently points more towards increased mortality.