Could D-Day Have Failed? Here Are Five Possibilities 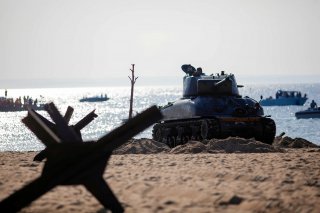 Here's What You Need To Remember: The crucial aspect of D-Day was the surprise factor: even after the landings, the Nazis believed the main invasion would occur at Calais instead of Normandy. If they had learned the truth ahead of time, we might remember June 6th, 1944 much differently.