Could a European Aircraft Carrier Help Europe Protect Its Interests? 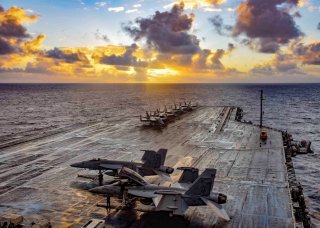 Here's What You Need to Remember: There is the question of who would control a European carrier. Where would it be built, who would build it and which aircraft would it fly (France builds its own Rafale M carrier planes, while Britain opted for the F-35)? Which authority would command it and commit it to hazardous situations?