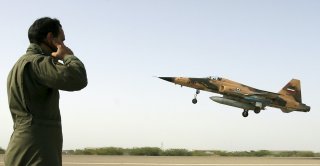 Here's What You Need to Remember: If an Iranian pilot can survive a merge with an F-35 and engage the stealth fighter in a turning dogfight, the Iranian might just bag himself a stealth fighter.