Could Israel Give Up Its Nuclear Weapons For a Nuclear-Free Zone In the Middle East? 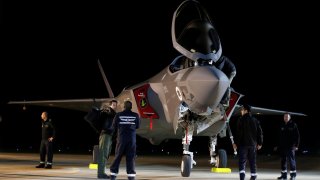 Nuclear-weapon-free zones (NWFZs) deepen and extend the scope of the Nuclear Non-proliferation Treaty and embed the non-nuclear-weapon status of NPT states parties in additional treaty-based arrangements. This is why several NPT review conferences have repeatedly affirmed support for existing NWFZs and encouraged the development of additional zones.

There are currently five zones: in Latin America, the South Pacific, Southeast Asia, Africa and Central Asia. At a minimum, all NWFZs prohibit the acquisition, testing, stationing and use of nuclear weapons within the designated territory of the zone. They also include protocols for pledges by nuclear powers not to use or threaten to use nuclear weapons against members of the zone.

Israel has seemed more interested in implementing a military solution to its security challenges, including the threat of a preventive strike on Iran, than in exploring diplomatic options. But it’s simply not credible that Israel can keep its unacknowledged nuclear arsenal indefinitely, while every other regional state can be stopped from getting the bomb in perpetuity. The alternatives for Israeli security planners are regional denuclearisation or proliferation. The latter would entail the further risks of heightened tension and increased instability. Moreover, a nuclear-weapon capability is of no use to Israel in deterring or managing the threat of terrorism.

Because ‘the logic of using force to secure a nuclear monopoly flies in the face of international norms’, Israel could consider trading its nuclear weapons for a stop to Iran’s development of a nuclear-weapon capability by agreeing to an NWFZ. Conversely, the confidence built among states through an NWFZ process can spill over into other areas of regional interactions. The experience of working together in negotiating a zonal arrangement, and then working together once the zone is operational, generates habits of cooperation and sustains mutual confidence, both of which are necessary conditions for resolving other regional security issues.

Can an NWFZ be used for nuclear disarmament of a non-NPT state?

When the NPT was extended indefinitely in 1995, the package deal included a resolution on the creation of a Middle East zone free of weapons of mass destruction. The resolution required all regional states (including those outside the NPT) to sign, and International Atomic Energy Agency safeguards to be applied to all nuclear facilities in the region. The 2010 NPT review conference—the last one that had an agreed final document—reiterated the importance of the 1995 resolution and requested the UN secretary-general and Russia, the UK and the US—co-sponsors of the 1995 resolution—to convene a conference in 2012 to that end.

Finnish diplomat Jaakko Laajava was appointed as the facilitator and Helsinki was named as the venue for the conference scheduled to begin on 17 December 2012. However, on 23 November Victoria Nuland of the US State Department said there would be no conference ‘because of present conditions in the Middle East and the fact that states in the region have not reached agreement on acceptable conditions for a conference’. The failure contributed to the collapse of the 2015 review conference.

Like the Red Queen in Through the looking-glass, the UN has to run very fast just to stay where it is. The adoption of the Treaty on the Prohibition of Nuclear Weapons might be thought to have made another NWFZ redundant. Yet, by an 88 to 4 vote (75 abstentions), UN General Assembly decision 73/546 of 22 December 2018 called on the secretary-general to convene a conference at UN headquarters in 2019 to elaborate a legally binding treaty for establishing a WMD-free zone in the Middle East. Importantly, however, in paragraph a(iii), the document stipulated that all decisions of the conference ‘shall be taken by consensus by the States of the region’. The conference was held on 18–22 November 2019. Its political declaration affirmed ‘the intent and solemn commitment’ to pursue a treaty-based commitment, just like in 1995.

Not surprisingly, Israel is wary of the proposal’s origins in a document to which it did not subscribe, adopted by a conference to review and extend a treaty that it has not signed, whose core prohibition it has ignored. In a formal letter to the secretary-general (document A/72/340 (Part 1), 16 August 2017), Israel emphasised ‘the need for a direct and sustained dialogue between all regional States to address the broad range of security threats and challenges’. It’s difficult to see how negotiations can begin until all states explicitly accept the existence of Israel. No NWFZ has previously been established among states that refuse to recognise one another and do not engage in diplomatic relations and whose number includes some that are formally at war.

The bleak security and political environment in the conflict-riven Middle East is particularly inauspicious for the creation of an NWFZ. There is no regional organisation to initiate and guide negotiations, nor is there a regional dialogue process that can form the backdrop to negotiations. An NWFZ in regions of high conflict intensity may have to follow rather than cause the end of conflicts. Syria is convulsed in a civil war. Egypt has yet to sign the IAEA Additional Protocol and the Chemical Weapons Convention, or ratify the Comprehensive Nuclear-Test-Ban Treaty, the Biological Weapons Convention and the African NWFZ. But it does strongly support a WMD-free zone in the Middle East.

Turkey is a NATO member. The possession and deployment of nuclear weapons are integral to NATO doctrine and command structure and US tactical nuclear weapons are based in Turkey. How can this be reconciled with Turkey’s membership of an NWFZ? Alternatively, how meaningful would a Middle Eastern NWFZ be without Turkey?

Most crucially, Israel is already a nuclear-armed state. This immediately raises an obvious but critical question. Is the expectation that Israel will sign a protocol as a nuclear-armed state, or that it must sign the treaty after first eliminating its nuclear weapons? The latter would be without precedent and transform the Middle East NWFZ treaty from a normal non-proliferation treaty into a unique disarmament treaty. An NWFZ is traditionally established as a confidence-building measure among states that have already forsworn the nuclear option. It is unlikely to be established as a disarmament measure, or even to constrain the future potential of states like Iran that retain the nuclear option in their national security calculus.

This article by Ramesh Thakur first appeared in The Strategist on July 29, 2020.