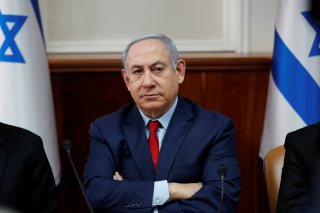 Here's What You Need To Remember: The idea that Israel might lose a conventional war seems ridiculous now, but the origins of the Israeli nuclear program lay in the fear that the Arab states would develop a decisive military advantage that they could use to inflict battlefield defeats. This came close to happening during the 1973 Yom Kippur War

Robert Farley is a frequent contributor to TNI. This article first appeared in October 2019.