Could the J-20 Stealth Fighter Become China's Own 'F-14 Tomcat'? 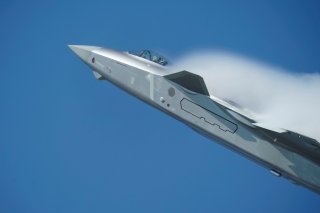 Here's What You Need to Remember: The Chinese navy could possess as many as six aircraft carriers by the mid-2030s, experts told state media. As many as four could have catapults.