Could Joe Biden Be Inheriting a ‘Dream Scenario for Economic Growth?’ 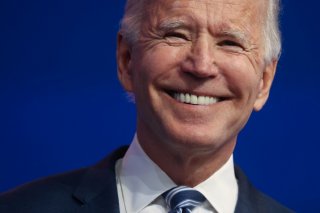 Presidents and what they do in office matter. But it sure helps to have an economic tailwind and not a headwind. Sometimes it’s better and more important to be lucky than good.

And while Joe Biden will face a tough health-and-economic challenge over the next four years, it’s not like there aren’t potential tailwinds. As economist Tim Duy sees things in a Bloomberg column, “Biden [is] stepping into a dream scenario for economic growth on the other side of the battle with the Covid-19 pandemic.”

Not a single tailwind but several for the post-pandemic economy, according to Duy. Among them: Unlike after the Global Financial Crisis, there’s no investment overhang to unwind, household balance sheets are flush, and the Millennials are “entering their prime homebuyer years in force and will be moving into their peak earning years.”

Of course, the macro assumption here is an effective and widely distributed vaccine. The v-shaped recovery is a v(accine)-shaped recovery. And that potential robust rebound from the 2020 crisis depths could provide the best stretch of economic growth since the 1990s. For example: Goldman Sachs is looking for average real GDP growth of nearly 4 percent over the next three years — 5.3 percent, 3.8 percent, and 2.4 percent. And even if we eventually return to the pre-pandemic trend growth of 2 percent by 2024, it will still have been the strongest stretch since the boomy late 1990s — and all with steadily falling unemployment into the 4-percent range. Other firms are not as bullish — neither is the CBO — but perhaps this identifies the reasonable case for optimism.

But this is no reason to ignore how policy could make this encouraging scenario even better. Not raising business taxes would be a good start. Also, not slapping heavy new regulations on America’s most innovative companies or attempting to dismantle them. More immigration and science investment. Lastly, please check out this chat I had earlier this year with Chad Syverson, an economist at the University of Chicago’s Booth School of Business, about the uncertain impact of COVID-19 on US productivity growth. From that conversation:

You could tell a story where a shock like this is such a big thing, that it basically forces a reckoning on the part of companies to think about the way things are done. And that reckoning makes them realize, “Oh, we were doing this thing for this-and-that reason, but that was decided 25 years ago because of something that doesn’t matter anymore. Why are we really doing it this way? Can’t we do it this other way instead?” And you get productivity gains that way.

Of course, there are downside risks going forward. Syverson outlined these possible headwinds in “The COVID crisis and productivity growth,” a paper with economist Filippo di Mauro of the National University of Singapore (which I summarized in my The Week column): disruption to schooling, loss of operational know-how at failed firms, creation of “zombie” companies that survive long after the pandemic only due to government support. From the analysis: “While there are arguments for limiting business closures at least in the short run … [z]ombie firms might further limit the ability of new, higher-productivity businesses to enter.”